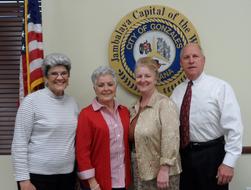 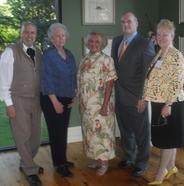 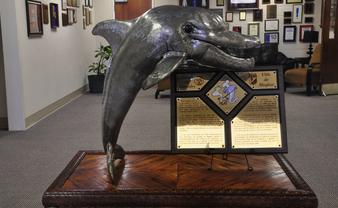 In the early 1980's, a group of teachers from St. Amant High School began taking students on summer trips abroad. The first trip was to Mexico and the second trip was to Canada. The trips had a profound and lasting affect on the students. John Hebert, a chaperone and husband of one of the teachers, realized the potential benefits of an on-going cultural exchange and researched the possibility of creating an organization that would not only broaden the horizons of the citizens of the area, but would also introduce the culture of Gonzales to the world.

John Hebert was referred to James Domeangeaux, founder of CODOFIL who suggested twinning Gonzales with a compatible city in France. John Hebert discussed the idea with Councilman John Berthelot, who gave his support for the project. A proposal was presented to the city council and GCCA was ultimately approved and launched.

France-Louisiane, a organization headquartered in Paris, France assisted Gonzales in choosing Meylan, France to be its sister-city. Meylan and Gonzales were similar in population and in close proximity to the capitol city of their respective province/state. Meylan is nestled in the French Alps near Grenoble and Gonzales is located in the Plantation-Bayou country, near Baton Rouge..

The first trip to Meylan was in 1984. By that time John Berthelot was the mayor of Gonzales, and lead the delegation. Councilman Dalton Marchand and approximately 20 Ascension Parish residents were a part of that first group of travelers. John Hebert was the first president of GCCA. Claude Moussy was president of the Meylan Twinning Committee.

Through the years, life-long friendships have been made. Some of these friends became godparents across the ocean! Connections were made that resulted in international career paths. The respective city councils have learned from each other as the cities experienced growth. Both cities have been greatly enhance by the sister-city experience.

The dolphin sculpture in City Hall was a gift from Meylan, France.